Children in the classroom

How many children are in the classroom, where Ladislav is 10th lightest and 16th heaviest in class? 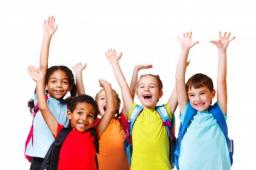