How many percent take Christmas holidays lasting 18 days from a school year that lasts 303 days? Round the result to two decimal places 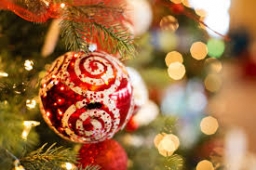