How many kilograms in each crate? 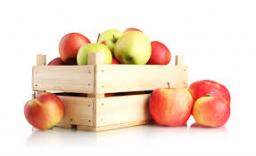