Square passes two lines of tram. One running every nine minutes, a second interval of 15 minutes. Exactly at 12 o'clock arrived two tram lines in the square. How soon should a similar situation arise again? 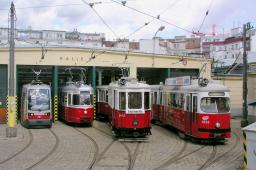