In a triangle ABC with the side BC of length 2 cm The middle point of AB. Points L and M split the AC side into three equal lines. KLM is an isosceles triangle with a right angle at the point K.

Determine the lengths of the sides AB, AC triangle ABC. 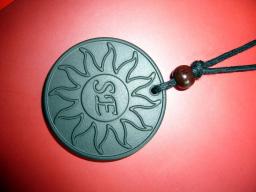