Kate paid for the package on delivery of four meters textile 688 CZK. What is the price of one meter textile when shipping and handling amounted to 48 CZK? 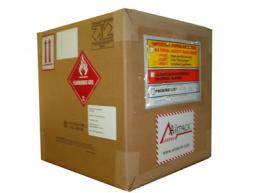