A man and a woman have 6 daughters together (or - "with each-other" so that step-children are excluded).
Each daughter has one brother.
How many members are in the immediate family? 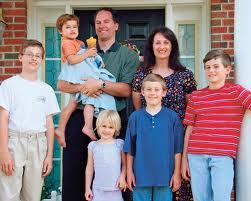 Trugamer
The reason I got this wrong is because it says "each of them had one brother", what's wrong with this is that I said six,it said it was five.
3 years ago  Like

Math student
I think there 6 girls have 1 brother and 2 parents.
3 years ago  Like

Math student
Each girl has one brother meaning that all 7 sisters share on brother.
Family includes father and the mother too so
7+1+2=10
1 year ago  1 Like Like

Mookerblu
Another way to word it would be :
A man and a woman have 7 daughters together (or - "with each-other" so that step-children are excluded).
Each daughter has one brother. (or you could even say that "for each daughter, there is one brother" and it would be even more confusing ????).
How many members are in the immediate family?
6 months ago  Like