Fill in the examples correctly brackets: 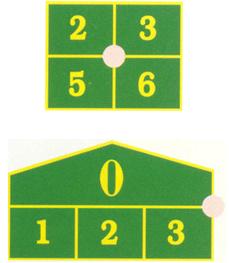