What is the probability that two dice throw twice in a row will result the sum of 10? 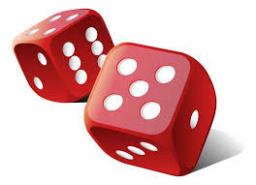