What is the probability that two dice fall will have the sum 7 or product 12? 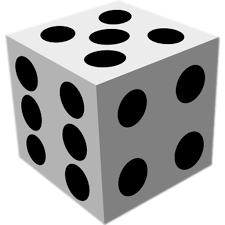