The older sibling has saved 44% more euros than the youngest, which represents 22 euros. How many euros older brother has saved ? 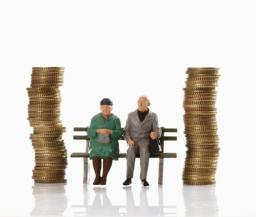