Consumption of cars for 100 km is 6.6 liters of gasoline 1 liter of gasoline costs € 1.274. How many euro grandfather spent when the car travelled 321 km. 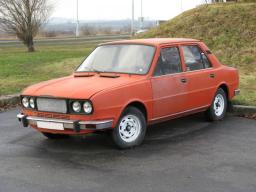