One zucchini costs 5 CZK. How much would cost four? 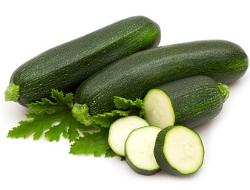