Karel would rake the leaves in the garden alone in 24 minutes, his younger brother would take 30 minutes. How long would they dig a garden, if Karel digs alone for 6 minutes and then his brother comes to his aid? 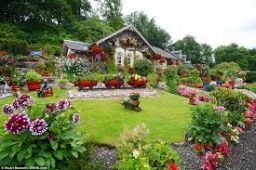