The hotel has a p floors each floor has i rooms from which the third are single and the others are double. Represents the number of beds in hotel. 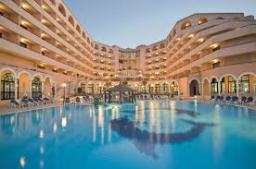