It is true that the middle traverse bisects the triangle? 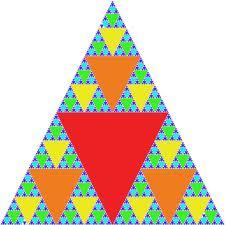