Find the harmonic mean of 4 and 8. 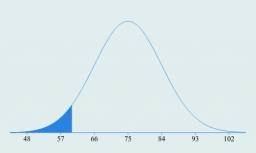