Lenka and Martin collected eight liters of blueberries in two hours. How long will take to collect blueberries by Lenka itself, if we know that she collect all 2.5 hours less than Martin? 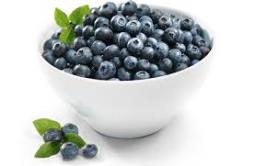