Farm cultivated tulips and 211 units on 50 units more daffodils. How many spring flowers grown together? 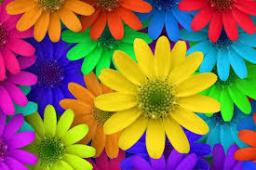