Dano had 20 raspberries. John had 90% more raspberries than Dano. Determine how many raspberries have Dano and Juraj together. 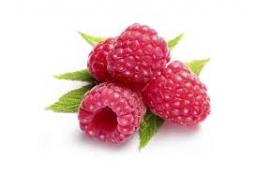