What is the average speed you have to move the way around the world in 80 days? (Path along the equator, round to km/h). 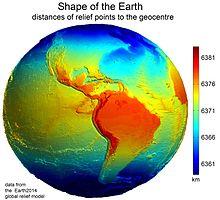