Using a data set relating about number of episodes I watch of TV in a day (x) versus number of hours of sleep I get that night (y), I construct the linear model
y=−0.6x+11

Which of the following is a general observation that you can make from this model? 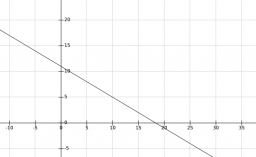