The car park has 80 cars when 53 cars leaves. How many car are there? 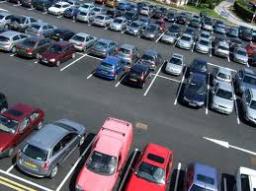