Salesman sold Christmas trees: spruce for € 22, pine for € 25 and fir for € 33. At the morning he had the same number of spruce, fir and pine. At the evening he had all the trees entirely sold for € 3,600. How many trees that day salesman sold? 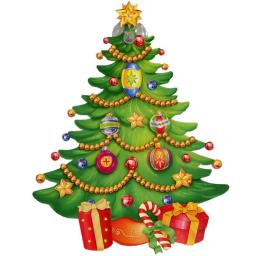