15 products are 48 € more expensive than 12 products. How many euros will it cost five same products? 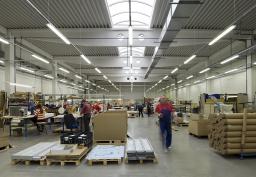