Barborka goes to school with backpack that was 2 - times more expensive than a bag slipper. If backpack was 36 euros cheaper it was cost same as bag slipper. How many cost backpack and how many bas slipper? 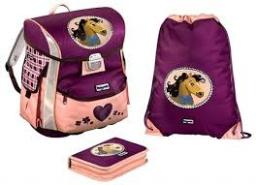