The meadow was divided into 30 equally large parts and then it was calculated how many seedlings are in each part. It was found that there were no seedlings in six parts, five parts contained one seedling, twelve parts two seedlings and seven parts three seedlings. Assess whether the seedlings are randomly distributed in the meadow. 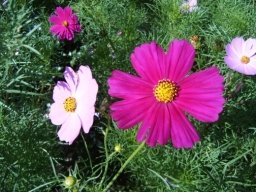