There are 48 children in the sports club, boys are 10 more than girls. How many girls go to the club? 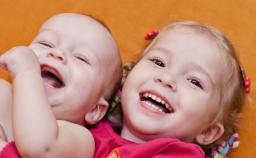