Nicolas and his father can repair one desk in 1/3 hour. How many desks can they repair in 3 hours? 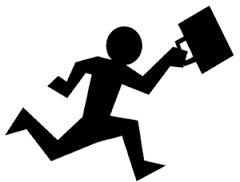