They brought in d two kilos and t three kilos of bread to the store. By the end of the day, 14 two-kg bread were sold. How many kilos of bread remained in the store by the next day? 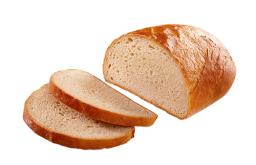