Calculate opposite numbers (additive inverse) to given ones: 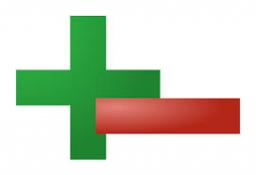