In 1960 my age was equal to the digits sum of the year of my birth. What is my age now? 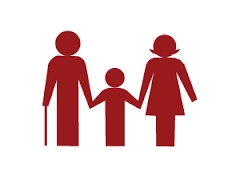