If one angle in the rhombus is 159°, what is it neighboring angle in rhombus? 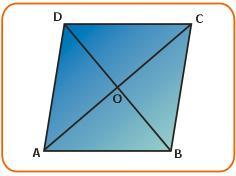