Maricris can type a committee report in 5 hours. Jane helped Maricris and together they finished the report in 3 hours. How long would it take Jane to complete the report she had worked alone? 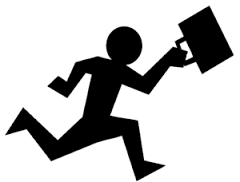