There were 24 pimps in the plate. Maros ate 12, his little sister four times less. How many pimps remained in the plate? 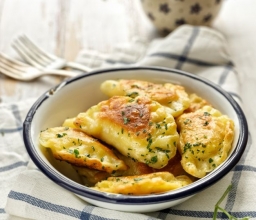