A print line on a computer contains 64 characters (letters, spacers, or other chars). Find how many characters there are in 7 lines. 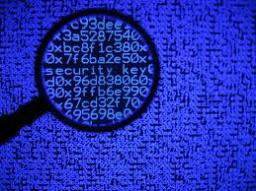