How many 6 digit area codes are possible if the first number can't be zero? 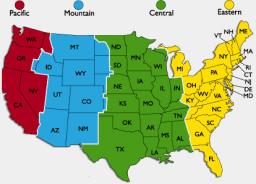