A cyclist passes 88 km in 4 hours. How many kilometers he pass in 8 hours? 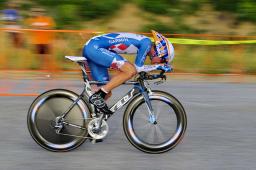