Calculate how many euros is the equivalent of one seat in the wagon with a capacity of 83 people.
How many of used cars at the price 2700 Euros can be buy instead of one wagon? 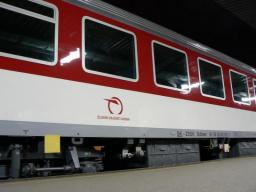