If you deposit 719 euros the beginning of each year, how much money we have at 1.3% (compound) interest after 9 years? 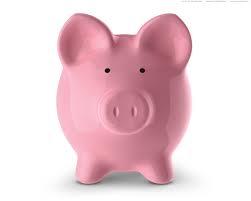