Coffee from the machine in the cup cost 28 cents. Coffee is 20 cents more expensive than the cup.

How much is the cup? 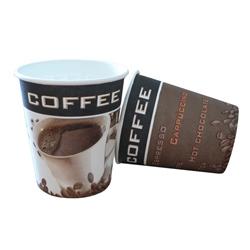