Task of the year

Determine the number of integers from 1 to 106 with ending four digits 2015. 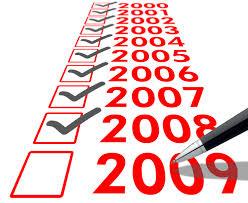