The package has no more than 66 m of cloth. If we just cut it all on the blouses or all on dresses, no cloth left remain. On the one blouse consumes 1.3 m of cloth and on one dress 5 m.

Determine the amount of the cloth in the package. 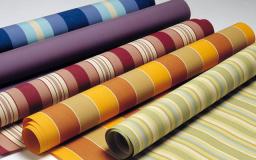 
Tips to related online calculators
Do you want to calculate least common multiple two or more numbers?
Do you solve Diofant problems and looking for a calculator of Diofant integer equations?