How many meters of textile are in a tailor's workshop? 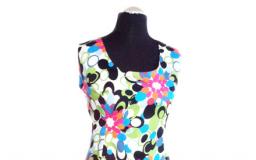