Line segments 62 cm and 2.2 dm long we divide into equal parts which lengths in centimeters is expressed integer.

How many ways can we divide? 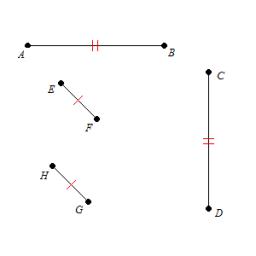