At the Internet, time is very uncomfortable for the state that no more gaffe or waste is no longer possible to hush up as if people were at home with only two television channels censored.

An example of the effectiveness of state can be Bridge at Komořany to bypass ring in Prague. Highways are not planned to connect the bridge. Bridge to nowhere week after the completion of the determination of his demolish because it is unnecessary. 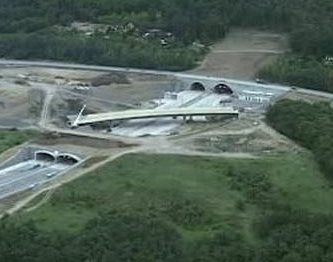