Cuba, Matthew and their friend Adam found a brigade during their weekend weekends because they wanted to make a joint trip to the Alps that they planned for the spring break.

Cuba enjoyed the skiing trip very much, so he was not lazy to get up and went to the brigade early in the morning. Thanks to this, he managed to earn 11,000 crowns, but Matěj instead of getting up early morning, he earned only one-third of the arithmetic average of the earnings of Adam and Cuba.
All three boys made up three times more than Adam himself. Make Adam's earnings a. Create an equation that lets you calculate how much money Adam has earned.

Also, to make the task complete, you also determine how much Matthew earned. 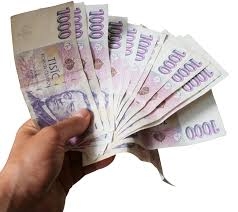 
Tips to related online calculators
Looking for help with calculating arithmetic mean?
Looking for a statistical calculator?
Need help to calculate sum, simplify or multiply fractions? Try our fraction calculator.
Do you have a linear equation or system of equations and looking for its solution? Or do you have a quadratic equation?