The bus driver rides 174 km in the morning, afternoon rides 26 km more. How many kilometers traveled in 5 days if he rides on the same line? 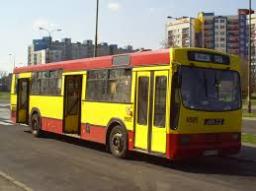