Calculate how many different numbers can be encoded in 16-bit binary word? 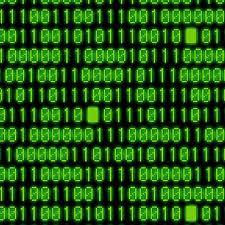