Mark three points E, F and G in the plane not lie on one line. 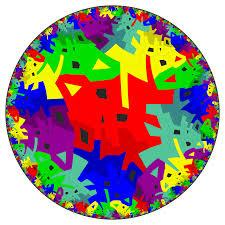